Freeman will focus on Mission Secure’s government and defense business, working to inform Government customers and tailor solutions in support of their missions. 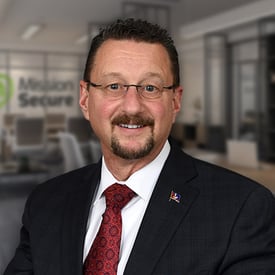 Dr. Freeman has served in the Department of Defense in electronic warfare, cyber, and intelligence for decades. In his new role, he will work with Bob McAleer, President of Mission Secure Government and Defense, and play a strategic role in providing operational technology (OT) cyber security for the U.S. Government.

“Cyber security for industrial control systems is the soft underbelly of our national security establishment,” said Bob McAleer. “Mission Secure was founded on the premise of protecting our military control systems from cyber threats. We are locking down systems for the Defense Department today, providing operational protection and resilience. Our Defense team is doing innovative, groundbreaking work. That work will lead to a more robust product on the commercial side of our business. We feel very fortunate to have Dennis as a part of the team. He has decades of experience in the cyber and intelligence field—often at the tip of the spear.”

Dr. Freeman has a strong track record of delivering results in civilian and military roles within the U.S. Government. Prior to Mission Secure, Freeman served in the U.S. Government civilian service as the Deputy J2 (Intelligence) of the U.S. Special Operations Command (Europe). Prior to that, he served in positions of increasing responsibility, including as Director of Intelligence to the Deputy Undersecretary of the Navy, Chief of Staff for the Department of the Navy’s Security policy, and Deputy Intelligence Director of Special Operations Command – Europe. He worked other positions for the USAF in digital/systems engineering and at JSOC, where he had a senior job in special technology and access programs.

Before serving in U.S. Government civilian service, Freeman served in the U.S. Air Force with over 21 years as an AWACS Airborne Communications Instructor/Evaluator with over 7,500 hours, 1,500 combat, with assignments to Tinker AFB, Elmendorf AFB, and JSOC, Fort Bragg with multiple deployments worldwide.

Dr. Freeman graduated with a Bachelor of Science and Master of Science degree (honors) in Aeronautical Science and Engineering from Embry-Riddle Aeronautical University and holds a Doctorate of Philosophy in Computer Science from Capella University. Additionally, he was selected and attended the Army Executive Leadership Development Program in 2008 and is a graduate from the USAF Air War College in 2010.

“I was drawn to Mission Secure because of its tremendously capable team and its strong position in an unchartered field critical to our Federal Government and Defense Department: cyber security for industrial control systems,” said Dr. Dennis Freeman, Technical Advisor of Mission Secure Government and Defense. “It’s an area critical to our national security and one that has not to date received the attention it deserves. Mission Secure is laser-focused on delivering solutions to protect our key critical infrastructure. I am excited to continue to support our nation’s defense in my new role at Mission Secure.”